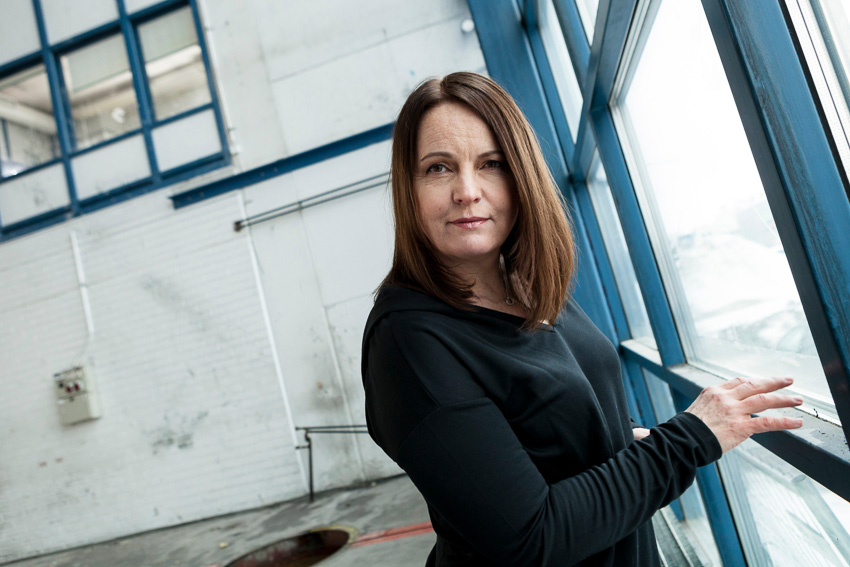 Dance artist, choreographer and director Pirjo Yli-Maunula strives in her artistic expression to humanity, honesty and openness. Early years of living in a culture where things are left unspoken made her fascinated by physical expression and the means of conveying emotions without words. Being exposed is a driving force for Yli-Maunula, and this raw sincerity not only describes her work, but is something that she is strongly drawn to in othert artists’ work.

Taboos, the subconscious, things we don’t feel comfortable speaking about often find a shape in Yli-Maunula’s work. In addition to stage work, she has created several immersive, site-specific pieces which have now become the main focus of her work.

“In immersive pieces I have been able to find ways to create multisensory and participatory experiences and they have been received with extraordinary fascination and warmth by their audiences. In the future I hope to concentrate even more on creating this kind of work and these kinds of worlds,” Yli-Maunula says.

Dialogue has been extremely important to Yli-Maunula throughout her considerable career. It defines her relationships with her creative teams, with her general operating environment and with the art community at large. In addition to her work as a dancer, director and choreographer, she has many other roles, such as producer and curator. All these roles have given her various perspectives to the artistic process. Yli-Maunula works in collective, multidisciplinary, non-hierarchical and networked processes. Sharing authorship is very important for her, and fellow artists who have worked with Yli-Maunula say they have been given ample space for their own creative process as well as trust and a sense of a making a truly shared work.

Yli-Maunula has been recognized for her work on many occasions. She was awarded the Pro Finlandia Medal of the Order of the Lion of Finland in 2019. The Arts Centre Finland granted her the Artist Professor Grant for 2014-2018. The North Ostrobothnia Regional Fund of the Finnish Cultural Foundation granted her a recognition award in 2018. The latest awards the Pirkko-award from Oulun kulttuuritapahtumayhdistys and the achievement award from Pentti Kaitrea foundation on 2022.

Yli-Maunula is very committed to the development of culture and the arts in Oulu. One aspect of her commitment is her involvement in and efforts to secure the title of European Capital of Culture for Oulu in 2026. Yli-Maunula’s stated goal is to bring diversity to the cultural offerings available to Oulu and provide the people of Oulu with world-class experiences and truly unique content.