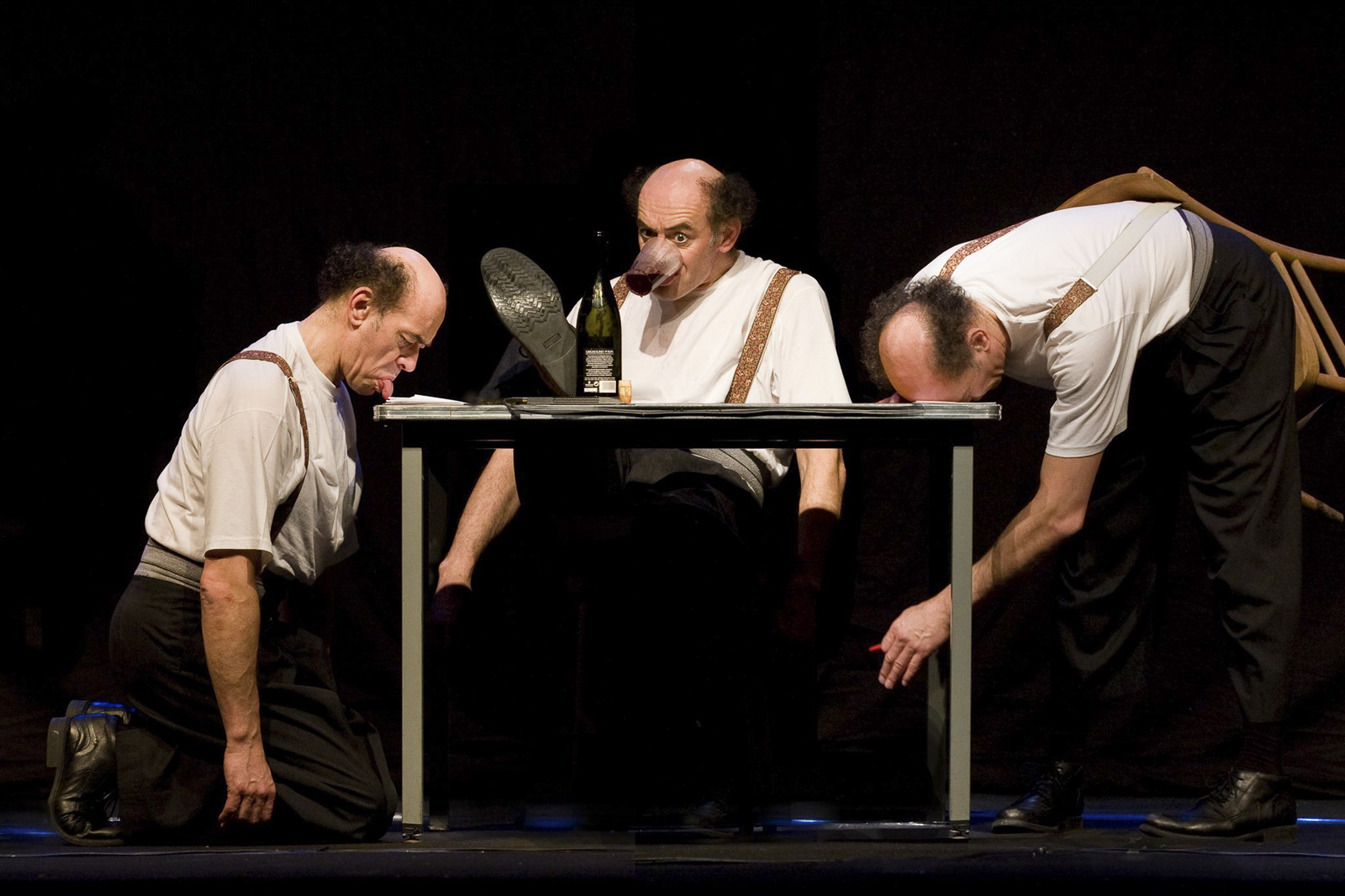 Internationally Paolo Nani’s THE LETTER is one of the most touring Danish performance ever. Produced in 1992 in cooperation with Nullo Facchini, director of Teater Cantabile 2, has since then been touring in 37 countries.

THE LETTER has been presented five times at Köln Comedy Festival, two times at London Mime Festival, and is presented every year in Milan at the Teatro Filodrammatici.

THE LETTER has been named cult and classic by the international press and it is still attracting a big number of audiences from all cultures, of all ages.

This is a very simple performance. The same story told in 15 entirely different ways: Drunk, western style, silent film, without hands, horror, back to front, circus, surprised, vulgar, magical, etc. But all the variations have two things in common: Never a word is spoken and the result is ludicrous.

During the performance it soon becomes clear that the force of the act is the contact between the actor and the audience which rises to a ‘crescendo’ of games and surprises.