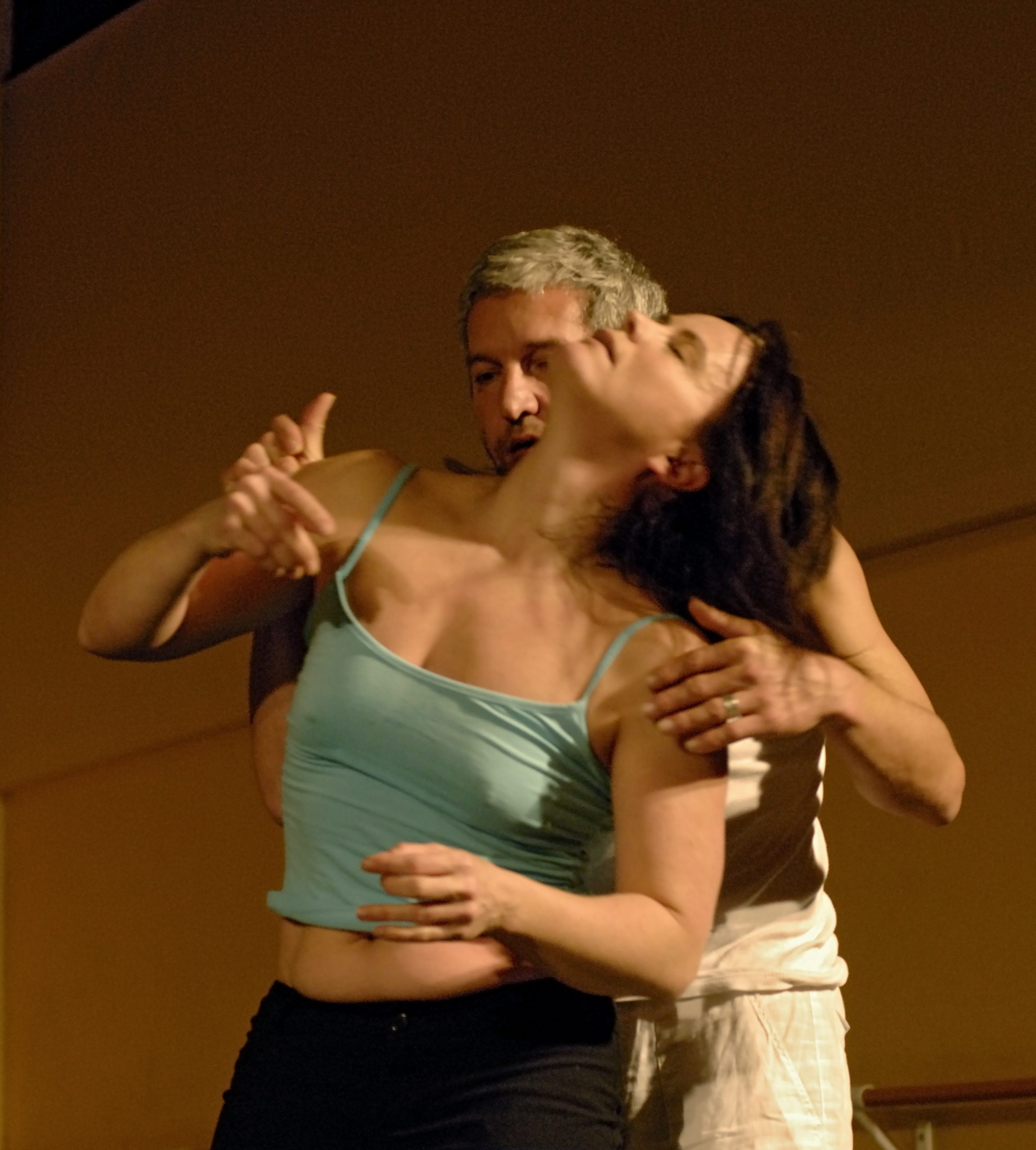 – a feast with the audience

Streams is an extravagant celebration composed of dance, music, food, wine and wonderful company. The audience is invited to share an evening — or an entire night — with the performers. The piece fluctuates between improvised music, dance and free-form mingling, providing the guests with an intimate experience that appeals to all the senses.

Streams begins as a story of a friendship, but it soon becomes an examination of the many levels, hierarchies and power in relationships. Streams brings to the stage the whole of humanity with all its layers. Streams does not dabble in caricatures, it is direct and brutal, physical, extravagant and decadent.

Streams premiered in Oulu in January 2009 and had its French premiere in La Courneuve in March 2009. The piece has been performed at Dance Abundance Festival in 2009, Anti Festival in 2009 and as a part of the River Woman Art Trek in Lapland during the summer of 2010.

Available for various spaces from theater to galleries and other facilities.

The dance company of William Petit, Rialto Fabrik Nomade, has specialized in various projects which combine art, culture and community specificity. Their dance company tours around in France and elsewhere in Europe presenting their works.

is a trusted Light Designer of William Petit. Lacroix works with theatre, dance and street theatre productions in France and he has collaborated with Petit already for more than then years.

” I have always been interested in improvisation, and began to play on the jazz scene with, for example, Alan Silva and his Celestrial Communication Orchestra, or Didier Petit, Bobby Few, Jac Berrocal, Jaques Thollot, Lê Quan Ninh, Maggy Nichols, Roger Turner, and others, in various contexts. After some experiments with traditional music from Eastern Europe or the Balkans, I chose to confront improvised music with other media like theatre, painting, dance, circus, story telling etc. trying to find other artists interested in improvisation and in mixing various art forms. During the past few years, I collaborated with Adrienne Larue in wiring a circus play “Le Cirque de Robert” about the poet Robert Filliou, and also with Valentine Verghaege and 10 other performers in a show called “Mind Opener” (from the same Robert Fillou) and in a theatre play by Jeanne Poitevin, “Des I et des O”, with musicians, dancers and comedians.